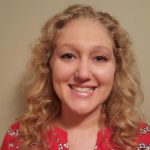 Why is this article relevant to practice?

Many studies focus on the suicidality of adolescents in a general outpatient setting, while this study targets a subset of young people who present to the hospital for a psychiatric emergency. Not only does this article examine risk factors associated with potential suicide risk of those adolescents and young adults in a hospital setting, it also presents a screening tool that is helpful to use in the screening process as well as every day practice.

What are the key takeaways from the article?

What do the authors say are the limitations of the article?