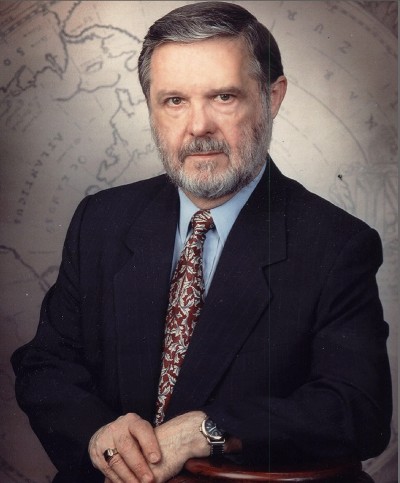 I began my professional career as a graduate student at Purdue University in 1960. The years there were the most exciting and rewarding of my life. My major professor was James D. Linden who was one of the best psychologists and finest human beings I have ever known. I have tried to model my career after his. At Purdue, we were trained in a generalist program that included instruction in clinical as well as counseling psychology with children and adults. Originally, when I applied to graduate schools, I thought I would be an experimental psychologist. I envisioned myself seeking a cure for schizophrenia or some similar mental illness. With that expressed interest, my applications were uniformly turned over to the clinical psychology training program rather than the experimental program. So, I became a clinical psychology student.

I entered Purdue with an NIMH fellowship. After the first year, the NIMH fellows were not permitted by John Hadley, the Director of Training in Clinical Psychology, to renew their fellowships. His reasoning was that we needed to be involved in work placements that would give us clinical experience. Most of us became VA trainees. On the NIMH fellowship, all of my tuition and books were paid for and I received a cost of living stipend. All I had to do was prepare for classes. As a VA trainee, I had to work two or three days a week at a VA hospital or clinic and pay my own expenses for books, tuition, etc. It was quite an adjustment to make. The VA hospitals and clinics were quite a distance from West Lafayette, but we were expected to be on duty at 8:00 AM just as the other employees. As a result, I generally had to get up at 5:00 AM in order to leave for the hospital by six. I would then work until 4:30 PM and drive back to campus around 6:30 PM. At that point, I had to prepare for classes that I would attend the next day.

Generally VA trainees remained in the system and did their internship in a VA facility, however, I wanted to obtain more experience with children. My VA assignment was to the Psychology Department at the hospital in Indianapolis which was adjacent to the campus of the University of Indiana Medical School. I approached the staff at the Riley Child Guidance Clinic which was a part of the Medical School and volunteered to work without pay so that I could get the experience I wanted. Gene Levitt was Chief Psychologist and he was able to come up with some funds to pay for my days at the Guidance Clinic. The pay was well below what I was making at the VA, but very helpful. For my internship, I worked three days per week at the VA hospital and two days at the Child Guidance Clinic.

If one did two or three things at the same time (courses, practicum, research, exams, etc.) and passed everything on the first try, it was possible at Purdue to finish a Ph.D., including internship, in four years. I was able to do that by the end of the summer session in 1964. I missed the deadline to get my degree in 1964 and received it in January of 1965.

I was interested in an academic career and had enjoyed the small college experience I had had as an undergraduate student at Geneva College in Beaver Falls, PA., so my first position was as an Assistant Professor at Westmont College in Santa Barbara, CA. Westmont was a very small college of about 600 students. I was half of the Psychology Department. I taught all of the clinical and personality type courses. My colleague, Michael Mecherikoff, who was completing his Ph.D. at the University of Minnesota, taught statistics and all of the experimental courses. At the end of my second year at Westmont, I was named Chair of the Division of Education, Psychology, and Physical Education which included being Athletic Director for the college. In addition to my teaching duties, I conducted a small private practice in Santa Barbara and became a consultant to Camarillo State Hospital. Since my salary as an assistant professor was less than what I was paid as a VA trainee, the extra employment helped make ends meet. At this point, most of my professional activities were with adults. I enjoyed the small college atmosphere but decided that I really wanted the opportunity to work with graduate students. Thus, after four years at Westmont, I sought a new position. I had some friends at Baylor University and accepted a position there as Assistant Professor in 1968.

Joining the faculty at Baylor was exciting and I was promoted to associate professor after a couple of years. When I joined the faculty, Baylor had a Ph.D. in personality but none in clinical psychology. While there, I was part of the committee that established the Psy.D. degree at Baylor. I also had an extensive consulting practice and a small private practice. I earned as much consulting as I did for my full time faculty position. On one occasion, I remember reading in the local paper that the President said, “To get the right football coach, we will throw in an extra XXX dollars.” The amount he named was what my salary was! One of my consulting contracts was to spend ten hours per week at the Waco VA hospital. Most of my clinical and consulting work was still with adults, though some involved children. I recall that a local pediatrician referred a couple of cases to me. He was expecting the old style ten to twenty page report based on a battery of psychological tests. By that time, I had become very interested in behavioral therapy and thought that elaborate test batteries were of dubious value for most cases. When I did a brief assessment, based largely on interview, and proceeded to treat the child, the pediatrician stopped requesting consults from me. The other major event in my career at Baylor was that I was awarded a grant from the Commission on Obscenity and Pornography which had been appointed by Lyndon Johnson.  At first, the administration at Baylor was happy to see me involved in such research. However, when the results did not show that pornography had any significant harmful effects, they became concerned. This concern escalated when I began to appear in pornography trials as a witness for the defense. Eventually, I was called to a meeting with the President and Vice President. They informed me that they thought I was being very professional and responsible in my research, but if enough ministers took the position that I needed to leave Baylor or the administrators would be fired, they wanted me to know who would be fired. I decided not to wait until I was run out of town and started to look for another position. This seemed like a good idea for another reason. There was a small clique of senior faculty at Baylor who ran the department . They were not interested in the ideas of younger faculty when decisions were made. I, as well as some of the other younger faculty, was tired of being ignored. All things considered, I decided that my future would lie somewhere other than Baylor. 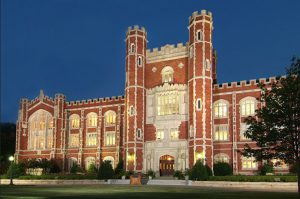 As I considered possibilities, Logan Wright, whom I had met while involved in various committees and activities in APA, suggested that I might want to move to the University of Oklahoma Health Sciences Center. In 1974 I moved to Oklahoma City to join the faculty in the Medical School. Along with Logan, I had opportunity to work with Diane Willis and Arlene Schaefer who were outstanding psychologists and active in child clinical as well as pediatric psychology. I learned much from them. The salary matched what I made from salary and consulting combined at Baylor. I was concerned about being a second class citizen as a psychologist in a medical school, but was assured this was not a problem at OU. I was pleasantly surprised. The pediatricians welcomed me warmly and we developed an excellent working relationship. They were very appreciative of the assistance a psychologist could provide for their patients and there were no turf issues or professional jealousies of the type that frequently arise when psychologists are in psychiatry departments. This move involved a major career change. I left a traditional academic position for a medical school position and changed my emphasis from adults to children. It was very exciting and I was amazed by the number of ways a psychologist could be of help in providing care for children with medical problems.  In addition to the typical psychological problems, there were a number of problems that involved behavioral medicine. I found it very interesting to learn that a simple application of behavior principles could be the difference between success and failure in providing medical care for children.  Eventually, I became Director of Training in Pediatric Psychology. Over the years we trained a number of talented young psychologists who became leaders in the field of pediatric psychology. Our success and visibility led the Chair of the Psychiatry Department to decide we needed to be in his department and he managed to do this when an old friend became interim Dean. As pediatric psychologists, we thought that our place was most appropriately in the Pediatrics Department, but as often happens with political maneuvering, we were overruled. Our program continued to flourish in the new department, but with difficulty. The Department of Psychiatry at OU was officially the Department of Psychiatry and Behavioral Sciences which signaled a broad perspective as opposed to a narrow psychiatry approach. However, that was to change when a new Chair was hired with the mission to “medicalize” the department.  After a few years of turmoil, most of the child psychology faculty moved back to the Department of Pediatrics.

The OU Health Sciences Center was and is an excellent facility for training, treatment, and research but, like many state agencies, it has been chronically underfunded and mismanaged. As Director of Training in Pediatric Psychology, I learned to roll with the punches and survive in spite of, at times, almost impossible demands. I would get a phone call at 9:00 AM telling me that I needed to have a ten year plan for our program to the administration by noon. When I explained that it would require a meeting with faculty and some consideration to come up with such a plan, I was told that was fine, but decisions would be made at a noon meeting and we would be left out if there was no plan on the table. In addition to lack of funds, there was often confusion about the mission. One day I would get a request to justify our program based on national reputation and placement of our graduates at major medical teaching and research centers because the goal was to make OU one of the premier institutions in the world. A week or two later, I would get a memo informing me that the main mission of our medical school was to train health care professionals to serve rural populations in Oklahoma. I would be told that, if I could not prove that most of our students remained in Oklahoma to provide services in small towns, we would not be supported in future budget appropriations. Incidentally, we had a large program with a significant number of graduates and, with a little creativity, I was able to justify our program no matter what the criteria.

In 1995, after 21 years at the Health Sciences Center, I took my university retirement. I then began teaching on the main campus in Norman, OK. Barbara Bonner became head of the program and it continues to flourish.  Currently I am involved with four different programs and departments on the Norman campus and carry more than a full load each semester.